In Tsuagan’noru, We participated in the meeting of the tour driver Association. Then, in the field of outskirts, party to crush the sheep the biceps (300,000 Tsuguru) is opened. Unique stone-grilled cuisine. Heat the stone in the fire, in a large metal pot, water, wine, salt, vegetables, along with the meat, put the heated stones, and roasted. Since the tour driver, alcohol is a conservative, who was drinking a cup of tea to drive. 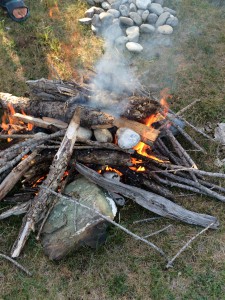 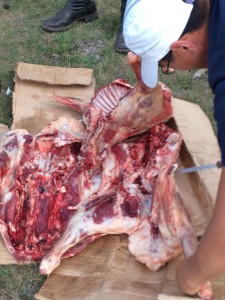 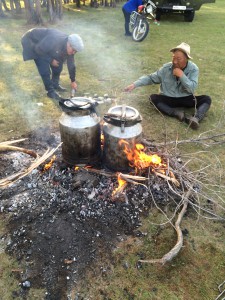 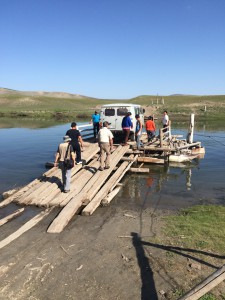 The riverbed it was longitudinal traveling. 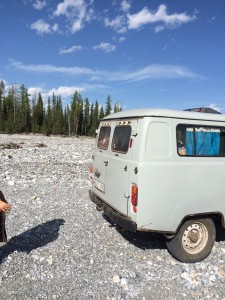 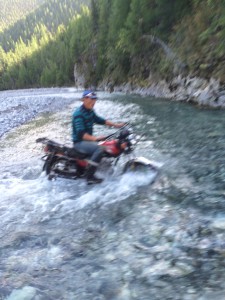 August 26
Morning after the camp, the feeling is good. The opposite shore of the tour camp, seems to have come in “horse six horses, one motorcycles” in four people of Westerners. The starting than to jump ahead us.
The way to overtake the men and women of Westerners hiker, but will addicted to muddy, it had been overtaken by the hikers. 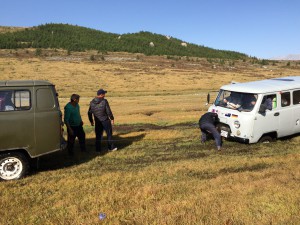 Finally we arrived at the Hovsgol Lake.
Suddenly, I remembered the “discovery of the Seto Inland Sea” of Chuko Shinsho.
According to the book, Westerners in the 19th century was admiring the views of the Seto Inland Sea View from the ship. Japanese were admiring a bird’s-eye view Kay from land. If you listen to Dr. Hada, Mongolians were the same as Westerners.
Good photo from the ship if you choose a photo of guidebook for the Mongolian people. However, pleasure boat had been dormant. 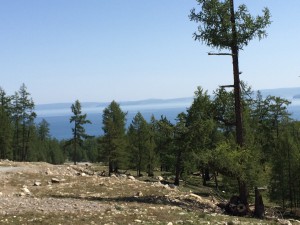 Hovsgol Lake is Turkish. Landscape spread taiga forests are magnificent. Students interested in the boat. It’s because children of the mountainous country. Was one 5000 Tsuguru. Black-tailed gull often. It is a swill aim. 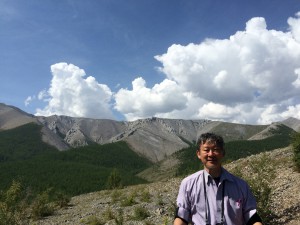 As far as I can see the pleasure pier of Hovsgol, it is still domestic tourism facilities. In fact it has been also described in the guide book is often Mongolian. “Toilet, souvenir shops, restaurants” are left room for improvement. 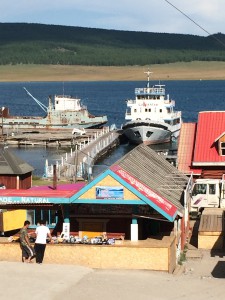 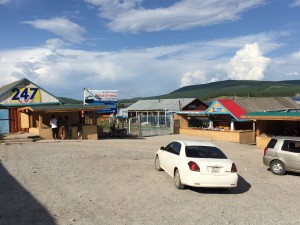 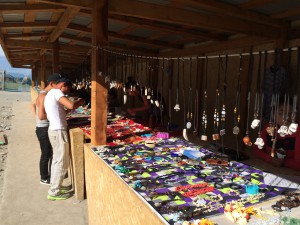 Conclusion – logistics improvement is important –
The improvement of Tsu~atan ethnic tourism business, the development of road is important. If you do not improve the logistics, also can not be ensured people flow satisfactory service for the tourists.Even traveler coming from developed countries, and is accessed by use of aircraft and automobiles. Natural experience is after all temporary, fictional resistance is strong.Tourism industry is for the improved living standards of Tsu~atan nation. Therefore, in order to meet the satisfaction of tourist also, road maintenance is the most high priority. Maintenance of lifelines such as electricity and water supply and sewerage systems will follow then naturally.
It will become the Switzerland of Mongolia if so.

PREV
Travel writing through practical tourism research on Mongolia Tsaatan ethnic (especially concerning with a reindeer and shermanism) 4
NEXT
Future of Battlefield-tourism, including Mongolia