8th March 2015 we arrived in London Heathrow Airport and we met from the beginning to the shock that is confronted by the power of dispatch app company.

Many of the drivers who had a display of Addison Lee at the airport exit, were waiting for the audience in the vicinity of the gate.

Perhaps it would be car companies have to arrange.I had have taken pictures to obtain prior approval. 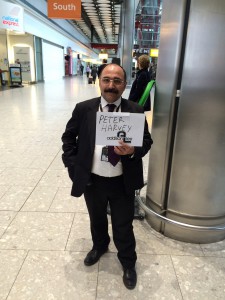 The reason for this time London surveyed, the London Olympic Games on the occasion, is that is out appeared outcome of international tourism competitiveness enhancement made by the British government.Moreover, black cab and PHV dispatch app has spread rapidly in London. Was considered to be a reference for Japanese taxi operators. Therefore, to visit the Hailo and Addison Lee incorporating the dispatch apps advanced, were exchanged opinions. For Uber it was decided to experience the ride by using the dispatch application.Demand of London taxi has increased during the past four years 3-4%. The traction is corporate demand. I have to reflect the downtown charm of London.

In addition, the UK government is to learn the background of that focus on foreign investment, and received an explanation from Christopher Hopkins who is the Business Relations Adviser to visit the Prime Minister’s Office. 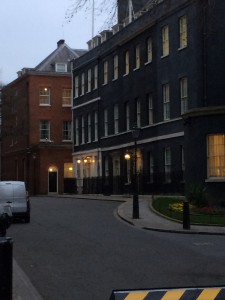 (By the care of Ronald W. Zeghibe of Hailo · CEO, and was able to meet in the conference room of the official residence)

Then, by the introduction of Hailo founding driver Mr. RUSSEL, we visited  Lord Borwick in parliament. He is a representative of the taxi industry, also there are many also experience who visited Japan. Furthermore, it was decided to get describes efforts method of future international strategy for dispatch app by visiting the Matthew Grainger’s foreign trade ministry.

Position information revolution by smartphone is an issue that bring great social changes, including the effective use of private cars.Of course, taxi is also intended to greatly affected in the future. When this time of introduction research, we became very indebted to Hailo officials of Japan and lives in London. Must thank. And say thanks to the help of the paper.