This picture was made thanks to Mr. Dorien who took care of me locally.
The HP of his travel agency is as follows
www.sondortravel.com
There is also a Japanese page.

〇The Adriatic Sea is surprisingly a sea with many islands 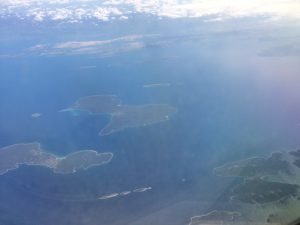 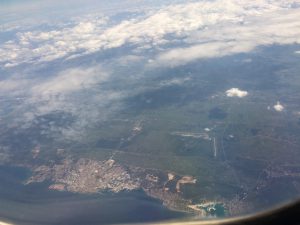 There are few passengers in the plane 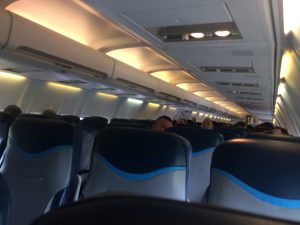 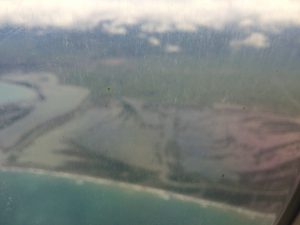 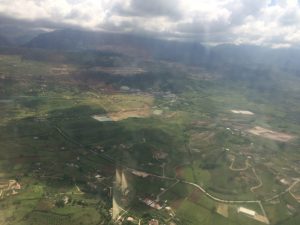 I arrived at the airport. My mistake, the pickup was overlapping. We apologized to Mr. Doryen who was introduced. I took the hotel manager’s car to the hotel. With information, it was taught that traveling in the Balkan peninsula by car is cheaper.
In Japan it is expensive to ask a taxi directly, but if it is a travel product, it can be made cheaply. The owner says he wants to travel to Japan. He is rich. He goes around the countryside in Japan, so he asked me how much he spends. I answered depending on the situation. Payment at the hotel was said that the machine of the card was out of order and made me cash. I paid 50 €.
Mr. Drien introduced from Mr. Suzuki said he would like to show not only to the planned port town Durres but also to the city of World Heritage · Brett. It is a blessing thing. He is the president of a travel agency of 39 years old. The father who had disappeared two years ago was a chief of Tourism Association of Albania. By father ‘s recommendation, he studied at Tohoku University in Japan for a year and studied psychology. Since the Tohoku earthquake occurred, he returned home.
Paying the promised price, he only accepts part. I got it understood by having meals. Just saying that the meal cost was cheap as 30 euros. The shop is probably the one above the rank because the professors at the University of Tirana can have a dinner party.

Albania, in our generation, was a country with different impressions, even in the Communist. There was an image of the country of Mao Zedon thought. Dorien also said that Albania was like North Korea now.
He says that the Sarajevo conflict is incredible. Darien’s father is a Muslim and her mother is a Christian. They say they have lived together. I can not tell this story without coming to the site and talking.

A travel agency operated by Dorien has been extensively deployed for the Balkans. He has the experience of studying abroad in Japan and wants to attract Japanese tourists. However, he said he was suffering from sleeping at night. He seems to have participated in the JATA World Travel Expo, but he was hesitant, considering cost effectiveness.I have a lot of people to introduce, but I was not confident that it would be effective.

We exchanged opinions on various sightseeing. Even I saw the church, I told that I could not tell the difference and, to be honest, I would be bored. Dorien said that he felt the same about Japanese temples. When considering sightseeing, this is important.
To impress Japanese people with Albania, I think Alexander the Great is good. To get Japanese to travel to Albania, it is better to put in a sightseeing route connecting Italy and Greece.Now, Dubrocnik is famous. Even Dobroknik may get tired of it.
Darien wants to sell the nature and trekking of the Balkans to Japan. I found out when I came, but the Balkan mountains are pretty steep. Many people like Korean people who like mountain walking. As preparations for attracting Koreans, there may be hands to attract Japanese people. The end will be for the Chinese people.
The next morning, I get on an airplane at 5 o’clock. That’s why the time is bad is that tourists will not come. If you have time, you are coming to the dress by boat from Italy. I also thought about various things at the beginning, but the purpose was to increase the number of visited countries, this time I used an airplane.
However, it was found that it was less time and cost less to charter a car and go around the Balkan Peninsula. Dorian came to pick me up at three in the morning. It really cared.

In the theory of tourism policy studies, I would l