I did breakfast at 7 o’clock. Mr. Trump is reporting on victory on TV. The master of the inn is looking at the nationwide voting status on a personal computer. Reception of satellite broadcasting is prohibited by reguration, but in general households are watching Mexican broadcasting in this way. CNN are able to be seen also at hotel staying the next day. I think that the information is perfectly distributed to the Cuban citizens. Still, maintaining the Castro regime may be that Communism is being supported in Cuba, compared with the bad security of other Latin American countries. Anyway we can walk alone in the dark.

Surrounding landscape seen from the room of the inn. I remembered Yangon. Each house is devised and they are tring to making interior decoration pretty, but the public space is not catching up. Communism has no concept of depreciation. Therefore I recalled that there was something I heard from staff of the embassy in Moscow that the money for renewal could not be secured.

The English local tour (HAVANA TOUR COMPANY) I applied for at VERTAL was 10,000 yen in 8 hours, I thought it was cheap.In addition to walking sightseeing in the city, I got a classic car ride. Meals and drinks during breaks were also included. Especially because there were only three people including British couple this time. What can be used as tourism resources for foreigners are Guevara and Hemingway. Even in this guidance, it is easy to understand the part related to both. Conversely heroes of independence and revolution are not known without prior knowledge.

Westerners have knowledge and memory that they can share about rum, cigars, cooking, sweets and slavery. However, it is difficult for Japanese tourists. Even if we talk about famous chocolate of the past, we do not know. When Japan sells tourism resources to foreigners, it means that there is a limit in country boast. As a novelist, Yukio Mishima and Haruki Murakami are known. Still it can not be regarded as a tourist resource to Hemingway or Shakespeare. I guess I just have to give up if it is the difference between English and Japanese.

Because the Japanese had a huge domestic market called Japan, I did not mind until now.Japan became internationalized as to how much meaning it is to write things in Japanese.The guide can not memorize me as SHUICHI, she called me sushi. Conversely, the English names of the British couple could not be memorized to me at once. It is such a thing, it can not be helped. Ater that, I began introducing myself that I am a sushi while traveling. The woman at the immigration was laughing. The guide said that he had Spanish consciousness. A British wife said her grandmother lived in England, but she said that she thought that she was a German until she died.

The British couple said they traveled Japan two years ago. There are many castles in Japan, and there are many stories about battle in the guide. They said that Japan was a peaceful country but had the impression that it was constantly fighting. It would be better for you to be careful about the tourist spots in Japan.

The guide seems to be raising children with intellectuals. She also seemed to be supporting Communism that emphasizes equality. Havana also has an exclusive residential area, and showed me. About real estate, it was said that exchange was the principle. It seems that it can not move to a convenient place if there is no vacancy. As the number of families increases, it seems that the first floor of the high ceiling is expanded to the second floor. The British said that it was a maisonette.
Unlike Cuba, which focuses on education, the problem of tuition fees seems painful in England. In the past, scholarships managed to do something, but now students say they can not return scholarships. I said that Japan is the same.

The level of the inn is high. However, I also recommend a first-class hotel that has existed since a long time ago. It is worth it if you use it with a couple. They leave the atmosphere before the revolution. Politicians in China and Russia, American celebrities also stayed. Memorial things are displayed. The hotel’s rooftop restaurant where Hemingway was stationing has a good view. Classic elevator is also good. Promotion of street performances and commemorative photography is almost the same as sightseeing spots of other countries. 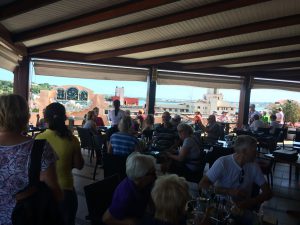 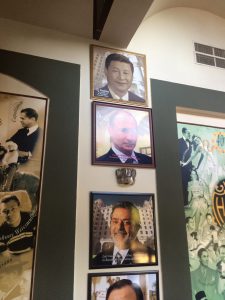 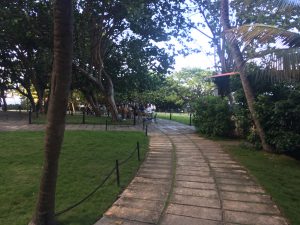 The specialty of Ovizbo Street is Mojito of La Bodegita del Medio and Frozen Daiquiri of El Fololiida.The former is five dollars per glass. 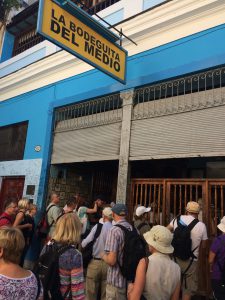 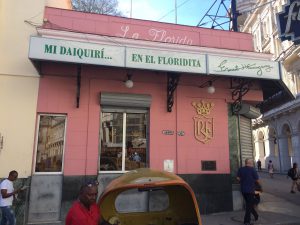 There is a video of a program called NHK’s street corner of the world. It is more than a decade ago, but since it is not much different from now, there are still no major changes in Havana. 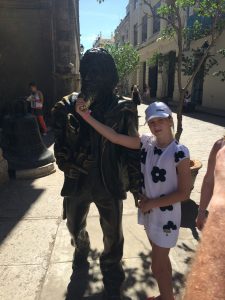 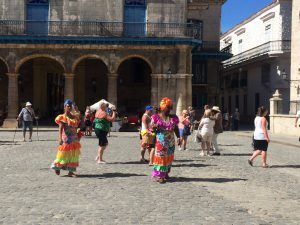 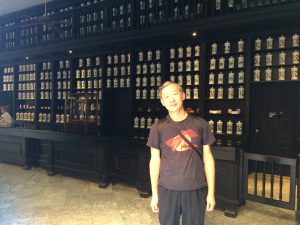 From the Revolution Memorial Tower you can see a portrait of Jose Marti and Che Guevara. There is nobody equivalent to Guevara in Japan, but General Togo who broke the Russian Baltic fleet knows the British and Turkish naval officials. But the Japanese were indifferent to preserving the battleship Mikasa, so I wonder if they are seriously thinking about sightseeing resources.
On the way, I got an explanation of the building of the trace of the rum liquor plant named Santiago de Cuba. I did not know the name of this prominent rum shyly. For British people it is the same feeling as Shaoxing wine for Japanese people. Tourism resources are strange because they do not become a resource unless the other party knows. 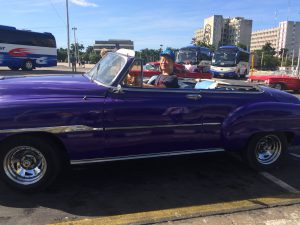 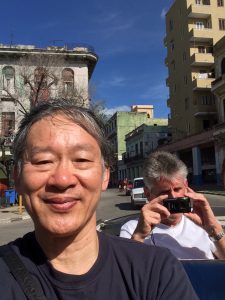 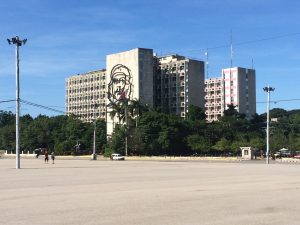 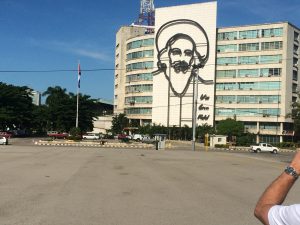 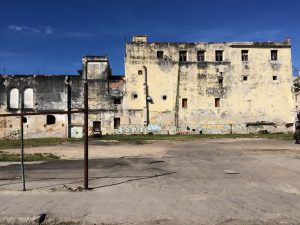 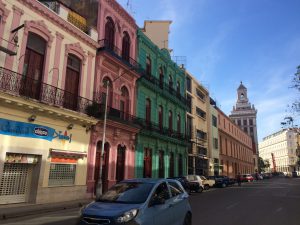 There was Chinatown. Chinese people seemed to flee to California during the revolution. Even so, there are overseas Chinese overseas. Because I hear that it is 30 million people, Japan can not compete.

21th August It was decided to try to reindeer m