I left Kingston early in the morning. I headed to the Caribbean counter. I was worried that the flight was canceled, but it was okay. Because I was late last night I did not know the surroundings. The airport is installed on the offshore island and is connected by road. The other side of the airport is the city of Kingston. I can see the mountains of Blue Mountains.

I reached the British Grand Cayman. I saw a cruise ship from the plane. It is the top 5 as the destination of the Caribbean cruise. When the net became usable in the lobby, e-mail came in from Cayman Airlines. It was a message that the departure of the plane extended at 14:15. I got email to the inn in Cuba. It changed from daylight saving time to winter time on November 6. But regarding the time, the airline was confused. 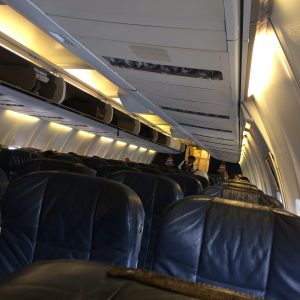 In the plane of the Cuba row, vacant seats were conspicuous. I saw Cuba from the plane. I found that there are many nature. The population of Cuba is ten million people. The area is almost the same as that of North Korea, which is ten times the size of Jamaica. The economic scale is unknown. The number of tourists is the largest number of Canadians, then the number of British people.

At the airport it was a classic car ‘s on – parade. It is an important sightseeing resource of the future. However, there are a lot of exhaust gas, which will be a problem. The car we picked up for the inn would not look like a taxi. Perhaps it is a private car. After arriving at the inn, when I handed the driver a one dollar chip, the driver came to me asking me to pay 25 Cuba dollars. It was different from Jamaica. In Cuba, the inn is not considering taking a commission from the driver.
I made an online reservation using the same mechanism as Airbnb to arrange an inn. America’s economic sanctions are alive, American-style things can not be used yet.The room was on the third floor. As the staircase, there were four floors, but the first floor is the height that uses the stairs of the second floor. 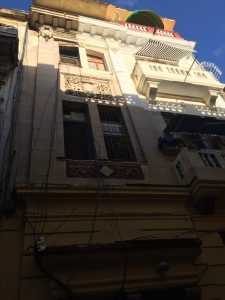 The payment was paid to the net company by the card, and the remaining payment was to hope cash in euro. However, inadvertently I did not bring the euro, so I asked the US dollar. There are female pictures on the wall. It is said that she is a daughter. It looked like a model, but actually it was younger and not a model. Because it is Cuba, the fashion industry will not have developed yet. 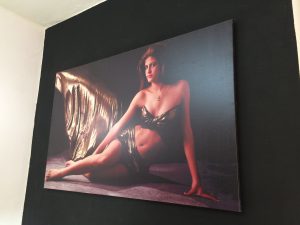 Because the cash is not enough, when hearing the bank’s place, the owner lodged a map to me. I went for an extra change. I knew the bank soon, but I knocked down my way home.

Because the cash is not enough, when hearing the bank’s place, the owner lodged a map to me. I went for an extra change. I knew the bank soon, but I knocked down my way home.
The bank gives me the paper waiting for the turn. Processing takes time. If the economy with the United States restarts, the mechanism may also change. There is no problem with the exchange rate, but here as well, there is an indication that 10% of the tax is only for the dollar. The economic blockade of America may be the cause. It will be gone if interchange restarts. It was the same as North Korea. The fact that dollars and cards can not be used is the biggest bottleneck for sightseeing.

I went out for dinner. I went to a restaurant that was on the guide book. Even though it was getting dark, I wandered over and over again. Two times to ask the way. Finally arrived. Although GPS can be used, it is not usable because it has not installed the map yet.

Ask for the chicken dish that was in the guide book. Drinks are locally produced beer. It was delicious, but it was because I was hungry. During the meal, members of the orchestra who was playing in the shop approached as they brought a cage, so if you throw in a coin, the CD is in the basket. They came to sell CDs, but as the next performance began, the orchestra quickly returned to his part as soon as the change. Total of 12 cuba dollars with two beers. It would be such a thing. 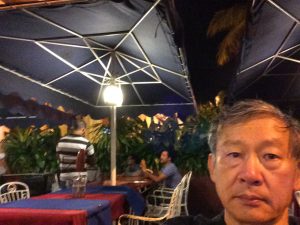