Morning walk. I went out to the train station and Chinatown. Cuba, like a classic car, is supposed to be a major tourist resource for railway fans, but the railway station is sad.

I tried to shoot the waiting room and it was said that it was not good. But, I could not be told anything in the waiting room next to that. It may be military secrecy on regulation. On the contrary, there were Cubans who took pictures together. He said he wants a dollar when he finishes taking a picture. 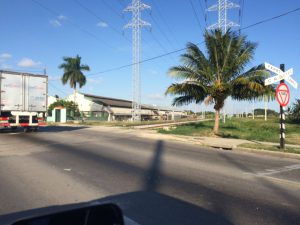 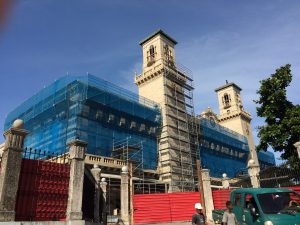 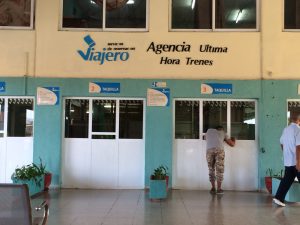 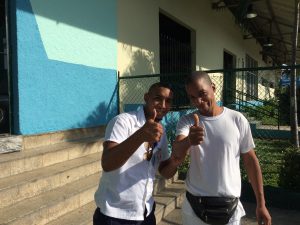 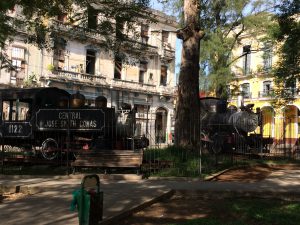 There seems to be a plan for a new station building. A plan is out on the construction site. There was a railroad park beside the station. It is a railroad park where everything exists for amateurs. Because it might be a treasure troublesome to maniacs, it is included in the photograph.

I often saw a hitchhiker from a taxi to the airport. It’s easy to understand because it shows a bill and hitchhikes. Canceling information when I arrive at the airport. Because my shudule is via Colombia, it was affordable and it did not have much effect on the next journey.

The departure lobby of Cuba Airport was as lively as it was arrival. But since the scale is small, it will be expanded. The entrance of the airport reminded North Korea. Spain, Paris and various parts of Europe are connected.

Tourism in Cuba will grow sharply from now due to the increase in the number of visits by Americans.According to the estimate of 2015, it seems that 500,000 people will increase to 3.5 million, so it is even more so in 2016.Three times as many Americans as the Canadians who are 800,000 will come to visit.That alone amounts to 2.4 million people, but other Caribbean countries have a decreasing bent.The statistics of tourism in Cuba are inadequate, and no comparison between cruise and AIR was found. I did not know the length of stay of tourists. It is now.