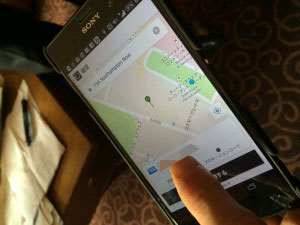 We reserve the Uber from tablet. 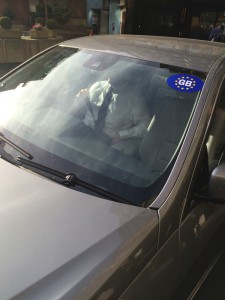 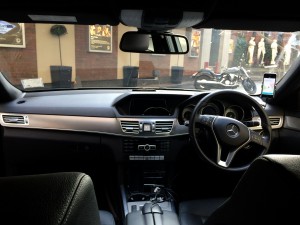 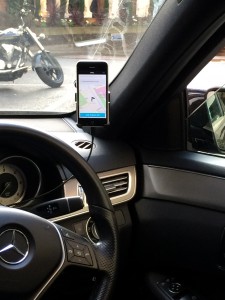 This time, we were not able to visit the Uber.However, with the help of Uber dispatch app that we downloaded in Japan, were riding from accommodation of Imperial Hotel to the Houses of Parliament.Rates are determined in advance.Pay is convenient because it is credit. We are very convenient for in overseas travel.Drawback for the Japanese, is to enter the destination in English.Place name spelling is that there is no familiar to foreigners.

Through dispatch app, I feel the difference of sense of speed in Japan and overseas. IT utilization is not a problem, such as will be discussed over many years.There is a difference of foreign investors and Japanese industry.Dispatch apps are certainly evolved.But unlike Japan, in the UK and other countries, there is no concept of vehicles for business.Effective use of private cars is approaching the public by the dispatch application utilization. This has been perceived as evolution.Safety regulations do not exist essentially classification for private and business.Only qualitative regulation through the driver’s qualification if familiar with the international standard, pre-dispatch business is noted in the global strategy.Investors of the world will be looking toward that point.In this regard, that the reaction of the Japanese society is slow is disturbing.

Currently, sometimes lousy correspondence of abuse such as Uber executive of personal information has changed the direction of the wind of the mass media, will not for a while Uber to progress.However, dispatch application business to capture human movement information when huge companies that surpass even the nation, such as Google began efforts in earnest, taxi business would also of being retracted as one piece.And because not too late now, you want to expect the emergence of international dispatch app business from Japan.

Incidentally, the one that was originally intended in this visit, there was a taxi sharing ride system. To be able to compete with Uber, Maaxi of dispatch app companies is because had proposed the sharing-ride system.Taxi vans fare has been posted on the Transport for London website. The information obtained When the survey, the actual passengers is small and was in fact not been somehow implemented.Carpool system is to think about servants who are in ideological.
However, information is complicated, it is that still too early to be successful as a business.Personally, carpool system because there is fare system becomes complicated, it is thought to be or not can not be achieved unless combined with a monthly flat-rate unlimited ride system.