There is Hovsgol region in the most northern part of Mongolia that has been referred to as the “Mongolian Switzerland” by Mongolian, where there are the largest lake in Mongolia called Lake Hovsgol, Darhadyn wetlands and taiga zone. Tsaatan ethnic group are residing there. They are grazing a reindeer and believe in Sherman.

With respect to the area,interest has been leaning on the “future and environmental conservation” as a tourist destination.However, sustainable ecosystem conservation is not considered without symbiosis with local nomads.

In the era of socialism, cooperatives were organized. Those had been dismantled. As a result, Life of nomads was significantly affected. And, it brought the destruction of the ecosystem. When it is determined by sheep prices, this area belongs to the lowest group in Mongolia.The reason is why Logistics cost of carry to the capital Ulaanbaatar, by capitalism, became a producer burden.

This time, I got the opportunity to participate in the survey that the NPO Mongolia Environmental Information Center has been carried out as a practical tourist researcher. It was during the period from August 17th 2015 to August 31th 2015. A part of the result, although it is simple, it is reported. 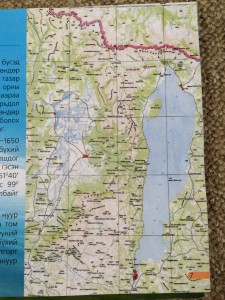 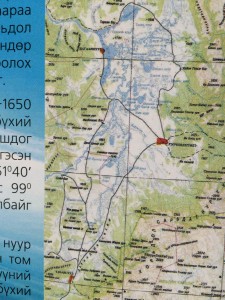 Overview of past business
Mongolia Environmental Information Center has been implementing to continue the survey on the establishment of eco-tourism in Hovsgol region. The survey obtained a grant of the global environment fund. As a result, in this region, ecotourism council was organized. Consultations are being carried out for the training of tour guide of training and tourism industry. Workshop utilizing the tour guide book is intended to special mention. by creating a photo book, it was distributed to local students, tour-drivers and tourism related organizations. At that time, students of the Mongolian University of Education tourism department has made a guidance. Furthermore, because of the cultural heritage excavation, it has begun a comparative study of Tsaatan ethnic group of Tsuagannoru district and Tsaatan ethnic group of Russian Tuva district. That Tsaatan family roots is elucidation it has been expected. In addition, the cultural heritage of shermanism is expected to be newly discovered.

Challenge of “eco-tourism and ethnic tourism”

First, we will summarize the tourism related to Tsu~atan group of Mongolia. To me it seemed to be the previous stage ecotourism establishment.If Tsaatan ethnic become rich, the environment and culture at the hands of residents to change.And it has already changed. To those of developed countries, the phenomenon will be reflected as environmental destruction.From the socialist era, the minority of school education is progressing.Two daughters of this time visited place Sherman, had received higher education by descent. The world of information outside are coming in through the satellite broadcasting and the like. 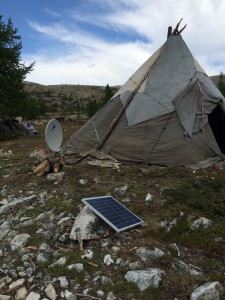 However, it is far from the stage where the natural environment is affected by tourism. Impression that I received in this journey, traveler or tourist visiting the Tsaatan family, was rather polite diffidence

Those who visit until this earth is because is a person highly developed countries of environmental awareness. Once again, Asian tourist is only we, the other Americans, Dutch, Italian were a person who was familiar journey.However, there is no doubt that you have surely resulted in a cultural impact on Tsu~atan group. There also deception of screaming unfortunately ethnic tourism.

19th August
Investigation team (five Japanese, Mongolian University of Education Tourism Department, Associate Professor Dr. Hada) arrived at Moron Airport. Students of the Mongolian University of Education tourism departments help with implementation of the survey. They arrived by land.They moved with a strong Russian-made jeep to bad road. Although the paved road is open from Ulaanbaatar to Moron, it would have been hard to because it is a long journey seventeen hours, including a break or the like.
Mongolian army border guards has been forced to wait in order to obtain the border permission to enter the area certificate to be issued. “Russia and China” made me feel the history of tension which is sandwiched.

The most important morning preparation is a toilet. Anywhere in the house, the large site, there is a toilet of insurance hut. 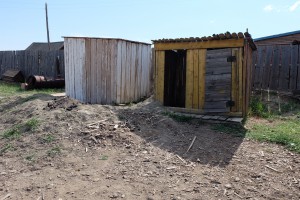 Old days of Japan’s rural house was the same. But in Japan, human excreta was used as a fertilizer.Here it will be different from the situation. Toilet Yes carved deep, there is no hole for pumping out septic tank.When I depart, I was told to prepare a wet tissue. The reason could be well understood. If traveler, and once accustomed, it was heard that okay with Japanese female students. However, it would be impossible for tourist. For tourism promotion, it is necessary to develop a toilet network.However, the toilet of the Japanese National Railways era was dirty. 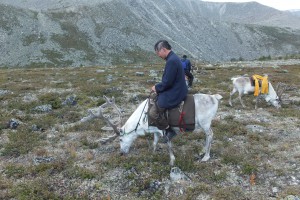 (Not standing upright, the author riding on reindeer while afraid)

Finally it was decided to ride a reindeer. About 70 kg is safe to ride. I also barely safe. I went up the bad mountain roads of scaffolding. Reindeer of breathing is, sounds like a sound steam locomotive to discharge the steam.It was almost guilt. Along the way, reindeer ate the grass, drink water. Each time, it does not proceed. By Tsaatan language ”chu、cho”, is instructed to progress further, but he hit the ass, there is no effect. Novice Group Become a daisy chain, has become to be led into the guide. Including a break, finally arrived in the gel in about six hours. 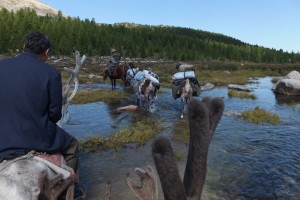 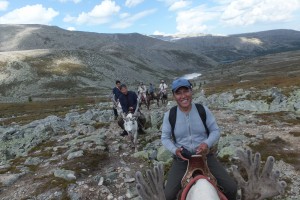 The sun rises from the foothills. Will around 10:00.

We fly the drone in the sky in front of the square of the gel. TSAATAN ethnic children come by.
They caused the power in solar panels, and have obtained the information on television and mobile.
Even in children, drone would unusual. Children of Tsaatan ethnic in the summer vacation, had been taught English from Dr Hada.